The following article was written for www.clickersolutions.com by Melissa Alexander. It is copyrighted and is reprinted with permission:

Note: The information in the following article came from an interview with Dr. Ian Dunbar, who spent nine years studying the social behavior of dogs during the study mentioned below. In an earlier version of this article, Dr. L. David Mech was credited with the 30-year study. This was a mistake. The researcher who conducted the study was Dr. Frank Beach. An effort has been made to correct this error. However, if you know of a place where the original article was published, please notify the editor and request a correction.

The original alpha/dominance model was born out of short-term studies of wolf packs done in the 1940s. These were the first studies of their kind. These studies were a good start, but later research has essentially disproved most of the findings. There were three major flaws in these studies:

So what’s the truth? The truth is dogs aren’t wolves. Honestly, when you take into account the number of generations past, saying “I want to learn how to interact with my dog so I’ll learn from the wolves” makes about as much sense as saying, “I want to improve my parenting – let’s see how the chimps do it!” 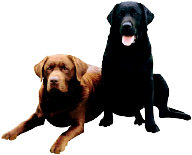 and UC Berkeley. Nineteen years of the study was devoted to social behavior of a dog pack. (Not a wolf pack. A dog pack.) Some of his findings:

So what does this mean for the dog-human relationship?

Your job is to be a leader, not a boss, not a dictator. Leadership is a huge responsibility. Your job is to provide for all of your dog’s needs…food, water, vet care, social needs, security, etc. If you fail to provide what your dog needs, your dog will try to satisfy those needs on his own.

In a recent article in the Association of Pet Dog Trainers (APDT) newsletter, Dr. Ray Coppinger – a biology professor at Hampshire College, co-founder of the Livestock Guarding Dog Project, author of several books including Dogs: A Startling New Understanding of Canine Origin, Behavior, and Evolution; and an extremely well-respected member of the dog training community – says in regards to the dominance model (and alpha rolling)…

“I cannot think of many learning situations where I want my learning dogs responding with fear and lack of motion. I never want my animals to be thinking social hierarchy. Once they do, they will be spending their time trying to figure out how to move up in the hierarchy.”

That pretty much sums it up, don’t you think?